Mistakes as a new baker

Things I wish I had known as a new baker 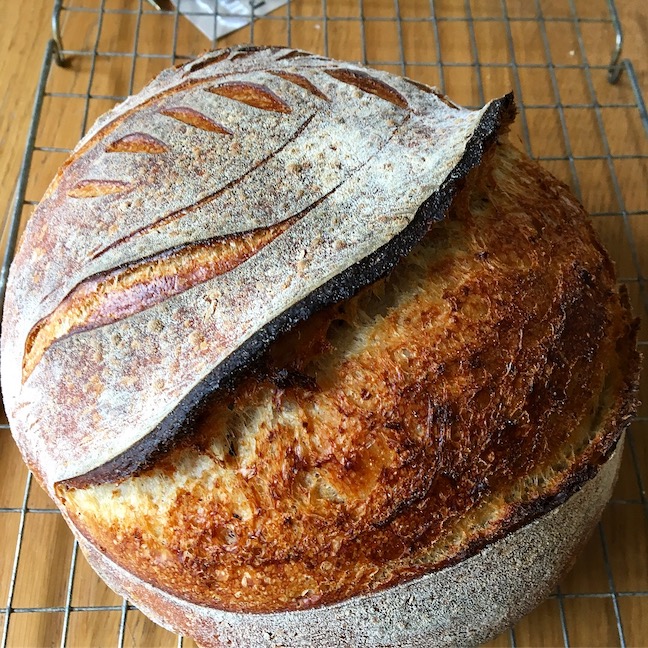 This seems obvious but it's genuinely quite impressive how ambitious new bakers are, but also quite disappointing how much baking guides expect of new bakers. Lots of beginners guides recommend using rye and wholemeal flours along with white for first bakes. These flours can make the bread harder to work. Some guides recommend overnight ferments in fridges. Everyone wants to start with sourdough because it's cool and tasty (no arguments there). In my opinion getting familiar with the basics of baking with instant yeast, same-day bakes and all white flour recipes (including all purpose flours) are much more important and still make incredibly impressive breads. Ken Forkish's recipes for Saturday White Bread and White Bread with Poolish make stunning and extremely reliable breads that will still teach you many of the techniques you'll need to make wonderful breads.

Not all flours are created equal

Bakers usually know that there's a difference between strong flour and plain flour during their first bake - that's straightforward enough. But a great many baking books and recipes neglect to talk about relative protein content of various bread flours. European strong or bread flours tend to have lower (but still high) protein percentages (topping out at 12% or so) than American flours (which can go as high as 13.5%). For this reason it's important to factor in how much water you're using when using a recipe written for an audience in a different region. Lots of bakers pick up Ken Forkish's legendary Flour Water Salt Yeast early in their careers - I certainly did. I was dismayed to have to scrape my first bread off the counter into the bin after bulk fermentation after finding it unworkable. Reducing the water a little bit helped balance the impact my slightly weaker flour- knowing the why of this in advance would have saved a lot of stress.

95 degrees and it's done

The first few months of bakes were highly rewarding and tasty, but also quite taxing on my teeth. I was producing loaves with rich browned crusts that just proved that little bit too toothsome. Following the advice of lots of prominent bakers, I'd been cranking my oven as high as it could go - and I still do. I'd been reading guides on baking times that suggested 30 minutes with the lid on, 10-15 off, and other suggested even 30 on and 30 off. And that was the problem. Once I attended a course at the excellent Riot Rye I never really bothered with those kinds of times again - once a bread is 95 degrees centigrade internally, it's done. You can brown it as much as you like, you can take it out right then - it's all up to you. But the guides that recommend you make crispy weapons that would do well to defend in a siege are wasting your time and your bread.

There's little more crushing than putting 8 hours or even days into a bake only to receive a wide and low bread UFO when you lift the lid mid-bake. There's a lot of factors that can contribute to getting a loaf that doesn't spring well enough (wrong flour, not enough gluten development, rough handling) but the one I was frequently doing wrong for a LONG time was shaping. There would be times where I'd shape a loaf successfully but not know that I had done it right, and times where I'd completely screw it up and be just as happy before I put it into the oven. There is no way to learn about shaping from books - it's a painful truth, and many very smart people have tried, but you just need to bite the bullet and watch videos. Watch a lot of them, learn a few techniques - figure out which one works best for you and which one produces your favourite results. Learning how to drag to create tension is really magical once you get the hang of it. Don't skimp on preshaping either, ever.

For years I rigidly adhered to hand mixing, long ferments and stretch and folds. There's a certain satisfaction to doing everything manually and I still lean towards it, but if you have the means (even a hand mixer with hooks), machines will produce consistent, strong doughs in a way hand mixing won't for the first few years.